10 reasons why invest in real estate in Dominican Republic

Before making the decision to invest in real estate, it is important to study, among other things, the recent history and the economic and political situation of the country and the city in which one wants to invest their money and time. The following article will present 10 reasons why invest in all consciousness in the Dominican Republic and in coastal cities such as Las Terrenas, Samaná.

Over the past 25 years, the Dominican Republic (DR) has experienced a remarkable period of robust economic growth. The economy continued its rapid expansion in the years leading up to the COVID-19 pandemic, and between 2015 and 2019 the DR’s annual GDP growth rate averaged 6.1%. Tourism, remittances, foreign direct investment, mining revenues, free-trade zones, and telecommunications have helped make the DR one of the fastest-growing economies in the Latin America and the Caribbean (LAC) region.

Over the past decade, economic growth in the DR has substantially reduced poverty rates and supported the expansion of the middle class. The country is on track to realize its ambition of achieving high-income status by 2030.

Tourism in the Dominican Republic is an important sector of the country’s economy. More than 6 million tourists visit the Dominican Republic every year, making it the most popular tourist destination in the Caribbean and putting it in the top 5 overall in the Americas. The tourism industry accounts for 11.6% of the nation’s GDP and is a particularly important source of revenue in coastal areas of the country. The nation’s tropical climate, white sand beaches, diverse mountainous landscape and colonial history attracts visitors from around the world.

As one of the most geographically diverse nations in the region, the Dominican Republic is home to Pico Duarte, the Caribbean’s tallest mountain peak, and Lake Enriquillo, its largest lake and lowest elevation. The earliest cathedral, castle, monastery and fortress built in all of the Americas is located in Santo Domingo’s Colonial Zone, an area declared as a UNESCO World Heritage Site.

Thanks to its growing tourism appeal, the rental business in The Dominican Republic is very lucrative, especially in beach towns like Las Terrenas, Samana. A good investment property located not too far away from the beach or with breathtaking panoramic views will guaranteedly benefit from high occupation and rental rates, ensuring strong returns on investment, between 6% and 12% yearly for the best earners. The average ROI from rentals is 8% per year.

In addition, the growing demand for beach properties in the Dominican Republic and the recent arrival of North American tourism in Samana, Las Terrenas is pushing the property values up. Thus, owners can expect strong capital gains on their property in the short – medium term already.

The high season extends from December 15 to April 30. During high season rental rates are usually up 40%-50% and occupation rates between 75% and 90%.

Christmas, New Eve and Eastern Week are the busiest times in terms of tourism. Rental rates then usually go up 100% to 200% as most rental properties are rented.

Mid Season extends from July 1st to August 30. During that period occupational rates are usually between 55% and 80%.

Low Season extends from May 1st until June 29, and from September 15 to November 30. The occupation rate during low season is usually between 35% and 60% 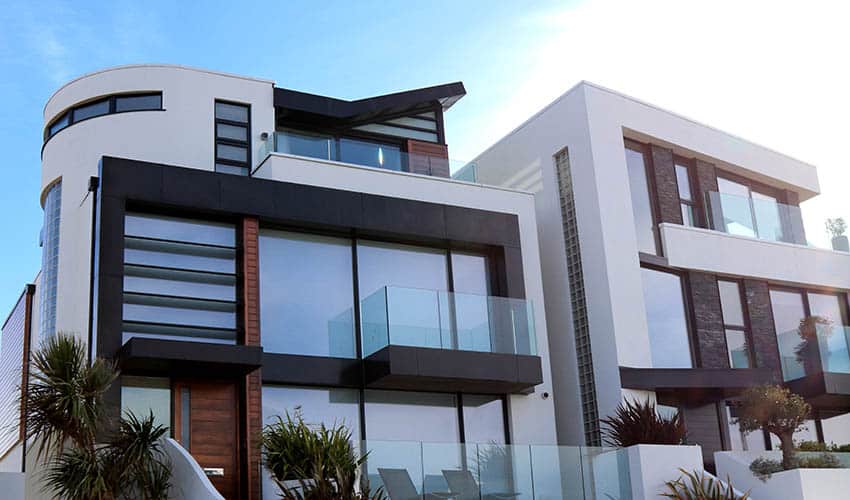 Over the past 20 years, The Dominican Republic has significantly improved and invested in its infrastructures in the large cities and in the touristic areas like Las Terrenas and Samana for example. These areas now benefit from private hospitals, international schools, electricity grid and brand new roads.

Former PLD President Leonel Fernández (2008-2012) launched a large marketing campaign to develop tourism in the peninsula of Samana and in Las Terrenas in particular. During his term, The new highway connecting Santo Domingo to Samaná was laid and launched as well as the new El Catey Airport at the entry of Samana, 20 minutes driving to Las Terrenas. The airport is growing quickly and welcomes direct flights from Canada, United States and Europe.

Since moving towards a democracy 25 years ago, the Dominican Republic has known stability and rapid expansion, opening to the globalized economy and diversifying its industries.

In 2020 Luis Abinader, the presidential candidate for the opposition Modern Revolutionary Party (PRM) won the election and became the new president, ending the 16-year rule of PLD since 2004.

Its politics are liberal with a focus on tourism development which is great news for foreign investors in real estate! Moreover, Luis Abinader and the Ministry of tourism are starting to subsidise the area of Samana and Las Terrenas to support its development and help it grow as the next main tourism destination. All signals are green for the island to grow very prosperous and attract more tourists!

The Dominican Republic enjoys a subtropical climate. Temperatures in Las Terrenas, Samana are usually high and with humidity in the air. Average temperatures fluctuate between 20°C / 68°F during the winter and 31°C / 88°F in the summer. The ocean and the hills always bring a refreshing breeze from the trade winds.

The region of the Samana Peninsula where Las Terrenas is located is considered as the lungs of the island due to its lush vegetation and the incredible variety of tropical plants, trees and fruits.

Although there is no bad moment to come to the Dominican Republic, December to April is considered to be the best time of the year to visit Las Terrenas. Temperatures are milder and the air is less humid. There is more breeze coming from the ocean and the waters are still and transparent.

There are 2 seasons in the Dominican Republic. The rainy season expands from September to November: During that time there are more waves and currents in the ocean. The tropical rains in Las Terrenas are usually strong but last only a few minutes. Many will take shelter under a terrace until the rain stops.

The rest of the year is less humid, with the casual quick and hot rain. The waters are turquoise and calm.

7. Strategic location in the heart of the Caribbean

The location of the Dominican Republic in the Atlantic Ocean, at a short distance from North America and Central America makes it an attractive destination for Americans. Every year sees more flights coming from the USA and Canada in particular, eager to discover this new destination with a afro-latino culture and lifestyle. The island is also very accessible from Europe with frequent flights coming from Spain, France and Germany among others.

The main tourism destinations in the Dominican Republic are very safe for its visitors. Foreigners and local tourists walk peacefully day and night along the beach broadwalk or in the center. A special organism called “Politur” is present in Las Terrenas, Punta Cana and the Zona Colonial in Santo Domingo. Their objective is to help and guide tourists with any issue they might encounter and make sure that the areas remain secure for all visitors.

The Dominican Republic legal system is based on the Napoleonic Code. A nine-member Supreme Court is the final court of appeal. The Senate appoints Supreme Court justices, who in turn appoint judges to lower courts, which include courts of appeal and provincial, municipal, commercial, and land courts.

At the real estate level, the legal environment is very attractive for foreign investors since they can become sole owners of their property, including the land, thus enjoying the same property rights as the Dominicans. The original title of ownership is physically transferred from the seller to the buyer along with the GPS demarcation identifying the land limits.

Moreover, the real estate transaction is legally monitored by a certified Notary Public which applies Due Diligence before acting the purchase-sale of a property.

The real estate industry has been promoted significantly by government measures to stimulate Tourism and give significant tax incentives to the investors in Tourism Development Promotion. One of the main Laws supporting this is the CONFOTUR certification. Its goal is to develop sustainable tourism by offering tax incentives to investors.

It is relevant to highlight the 100% tax exemption for a period of 15 years on the following:

looking for a new home?

Looking for a Service in Las Terrenas?

Intro   The luxury real estate market in Las Terrenas is exceptional thanks to the availability of prime locations on the waterfront and on first line hills, enjoying stunning sceneries 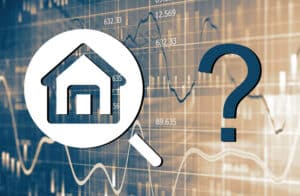 Why Invest in Real Estate during a Recession?

Introduction   Inflation is higher than it has been in decades and the stock market is down over 20% on the year. It is looking like we may be close 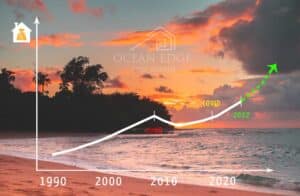 Introduction   Las Terrenas is an attractive beach town on the North coast of the Dominican Republic where tourism is the main source of the economy. Over the past 30

properties for sale by location type

What is your favorite lifestyle? Waking up in the morning with gorgeous views over the ocean and the surrounding nature, the exclusive beach life feet in the sand or in a quiet neighborhood a few steps from the pristine waters of Las Terrenas.

Click on your preferred lifestyle and find the perfect fit. properties for sale by type 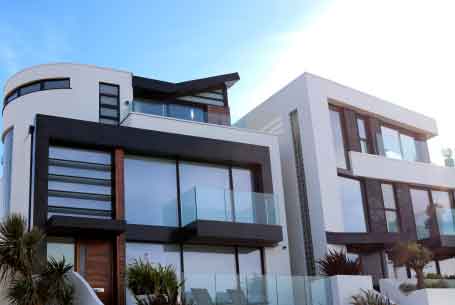 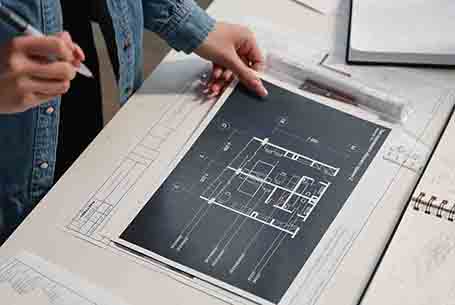